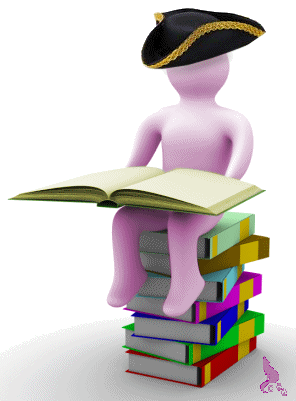 Do Your Own Research

Religious Freedom vs. Rights of Conscience

Today’s News media has fallen short of being a reliable source for factual reporting over the past 3 decades. They’re more interested in spinning headlines that inflame and infuriate people, than reporting the complete facts, explaining in full what’s really going on and falling short in giving both sides of a story.

This past week as Indiana garnered great heat over a recently passed “Religious Freedom” act, the News Media has left out certain pieces of information that leads one to think Virginia has a similar modern religious freedom act in place. Say what?!

From watching the coverage, this was the impression I was given from watching the news on all the major networks. Even the Washington Post left out the full facts. In their reporting they conveyed the message that 19 other states have a “Religious Freedom” act, including my home state of Virginia.

I wanted to read the law and find out when it was put into place. So I went off to do my own research. Well color me surprised! That’s not really the case at all!

The law in Virginia was enacted in 1786 by Thomas Jefferson and James Madison. Which certainly puts an entirely different spin on the News media and their graphics when they include Virginia in the group of states that have a Religious Freedom Act in place. I wonder how many of the other 19 states fall into this same category!

The implication of lumping all states into the same category, implies these states are full of bigots and religious zealots. It suggests all these states authorize the legal discrimination against its citizens and groups of people who have long struggled for their personal civil rights.  That spin couldn’t be further from the truth! As I discovered.

From the Learning Center at Monticello:
In 1776, when the Colonies declared their independence from Great Britain, delegates met to write state constitutions. The Church of England was closely tied to the British government. Great Britain had imposed taxes to fund the church. The colonial religious groups did not want to pay taxes to continue to support the Church of England here in the new United States.

Thomas Jefferson believed that people should not be taxed to support any church. He felt there should be a “high wall between church and state.” After returning home from the Second Continental Congress, Jefferson worked to get rid of laws that kept the church in power in Virginia. He had the support of Virginia’s Quakers, Presbyterians and Baptists.

Jefferson wrote the “Bill for Establishing Religious Freedom.” The bill declared that “no man shall be compelled to frequent or support any religious worship, place or ministry whatsoever.” This was a radical idea at the time. In 1779, the bill was introduced to the Virginia Assembly. It did not pass.

Jefferson left for Paris in 1784 to become the US foreign minister to France. It was up to James Madison to get the bill passed. Madison presented the bill to the Virginia Assembly. In 1786, the bill passed with only a few changes. Madison sent word of their triumph to Jefferson in Paris.

With the passing of the bill, Virginia became the first state to separate church and state. It is still part of Virginia’s constitution. It was used as a model for other state’s constitutions. It was also used as a model for the religious language in the Bill of Rights: “Congress shall make no law respecting an establishment of religion, or prohibiting the free exercise thereof.”

Hopefully Virginia will stand up for the Civil Rights of all people, religious or otherwise and will not pass a discriminatory bill like this in the future. If the backlash that has been expressed in Indiana is any indication, the Old Dominion will rise above the bigotry and discrimination and drop these kinds of bills entirely.

But this doesn’t answer the common rhetoric raised by proponents of these bills. I posted a release of support to block these kinds of bills on my professional blog. And of course I received a comment that re-iterated the common and I’m sorry to say, ignorant arguments that support these motions to legally discriminate. (see Religious Freedom vs Rights Of Conscience on Springwolf’s Reflections)

The Arguments and Reality Of Facts
A common mistake conservatives make is, they don’t actually know the facts. They make up their facts in their own little bubble and don’t let the truth or the real facts get in their way. They attempt to re-write history to fit their narrative and justify their bigotry and hate. So let me share the comments I received and the facts behind those assumptions.

The reason for the necessity of this Law is, people are losing the right and freedom to have their own beliefs.

No one has lost their right to their own beliefs. Certainly not the 90% Christian majority of the United States. This law was and is pointless, as it does nothing to provide protection for anyone. All it does is allow businesses to discriminate and to use that position as a valid legal defense. There’s great debate in the legal community, on whither or not that defense would be a winning argument against the Bill of Rights and the Constitution itself.

The LGBT community has been forced to fight for their civil rights when the rest of society enjoys the fundamental human rights to love who they choose. Their legal battles are no different then the legal battles enacted by African Americans and Women who also were forced to fight for rights that are afforded to others. The “bullies” are those who think they have a right to oppress those different from them, out of ignorance and bigotry. Your rights of religious freedom do not trump my civil rights!

This Law is 20 years old, going into law by the Democrats and President Bill Clinton in 1993. I don’t recall hearing anyone complaining about that.

The Religious Freedom Restoration Act applies to all religions, but is most pertinent to Native Americans. It was designed and intended to protect Native Americans in the exercise of their spiritual rites, such as the use of peyote and holding worship on certain lands that are deemed sacred to tribes or tribal nations.

It was never intended to be used as legal discrimination. The Supreme Court also deemed the law unconstitutional to States rights and narrowed the application of the law to the Federal Government specifically. So Native Nations have the right to exercise rites on lands that are known as sacred to Native Americans, but maybe owned by the Federal Government. So yes there were a lot of people complaining and it went to the Supreme Court for resolution.  But this has absolutely nothing to do with using this law to discriminate against other people.

I live by and through Nature, if Nature planned on 2 of the same gender joining in a Union, Nature would have given them the ability to reproduce otherwise we would cease to exist.

As for living by Nature and natural laws, as of 1999, about 500 species, ranging from primates to gut worms, have been documented engaging in same-sex behaviors. This may include sexual activity, courtship, affection, pair bonding, and parenting among same-sex animal pairs. The National Geographic foundation believes that number to be much higher, and suggests the limitation is based on the lack of research and not the lack of the behavior.  So sorry folks, but even in Nature, same-sex relationships exist and are perfectly, well natural!

As humans we are part of that same animal kingdom. Like it or not. So I’m sorry, but Nature has provided the opportunity for same gender unions since the dawn of time. You don’t see them condemning each other and degrading each other over who they love. That act of hate and discrimination is purely a human thing. And it has to stop. Just live and let live.