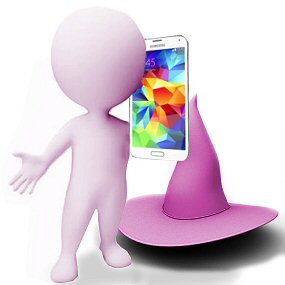 The Magik Of Android

So you upgraded your android to the current generation phone. In my case that was going from a Galaxy Nexus to a Galaxy S5. Yeah, it was a leap. But I’m financially conservative and use products to their fullest to get my money’s worth.

One problem with doing this is that sometimes when a new product is created, manufactures make the item better and modify it’s functionality as part of that process. When you’re talking about cell phones, upgrades to the hardware and system functionality may also require modifications and upgrades to applications as well.

Most app creators upgrade their products and keep up with the times and changes made by manufacturers. While others drop support for some of their apps, because they have bigger and better products to offer you. Those unsupported apps may be left in the shadows and can no longer run on the new hardware.

But you loved that app. Or you really need that app because no one else offers the features you needed or wanted. Then what? Well it depends on why you can’t use it. If your problem is nothing more than accessing the Settings menu within the app; there’s a solution for you! Otherwise, you may need to call the developer and let them know what does or doesn’t work any longer. Then hope they’ll listen and support you.

How To Access Settings In Old Apps
The access settings problem is what happened to me when my apps were transferred from the Nexus to the S5. One app in particular has been a long time favorite with me, but I wasn’t able to use it on my new phone. For no other reason than I couldn’t access the Settings Menu.

Mindfulness Bell by Mindful Apps on GooglePlay
Live your spiritual beliefs every day by practicing Mindfulness.

The Mindfulness Bell rings periodically during the day, to give you the opportunity to take a moment and consider what you are currently doing, and in what state of mind you are in while you are doing it.

The reminder helps you pay attention to how you’re thinking and gives you the chance to change those thoughts if need be. Are you angry, annoyed, stressed out? A little calming bell can help you remember to calm down, relax, let go of the fear and frustrations and retake control of your emotions and your day.

“What you think, say or do will come back to you.
Be Mindful of your actions & attract the positives.
~  Springwolf  © 2005

I’m a minister of my faith; this kind of thing is important to me. I was somewhat devastated by not being able to use my favorite app. This was something I used on a daily basis and throughout the day. Not being able to set it up on the new phone was a significant problem and altered my daily existence!

Ok, a little melodramatic. But you get the idea. It was a big deal. And I’m sure there are others who have the same sentiment about their favorite app.

Update Nov. 2014
Good news for those of you who also love the Mindful App! It’s been updated! Woohoo. Even though this little trick allowed me to use the app on the new phone, the Mindfulness people updated the app and moved the configuration menu to the top of the screen where you’re able to access it again.

If you’re not lucky enough to have the makers of your favorite app send out an update, keep reading and discover the solution I found for Samsung Androids at least.

The Main Problem
Navigation on older Galaxy phones were made through the on-screen icon menu at the bottom of the display.  The “Go back” arrow button, the “Home” house button and the “Recent” double square apps button. As in the picture above.

When inside an app, you might often see the application’s “Settings” button. Those 3 little vertical dots off to the right side of the screen. Not all applications used this feature and their ability to easily transfer to new hardware hasn’t been affected in all cases. However, I have two apps from the past that did use the manufacturers navigation field. Because Samsung modified their navigation menu accessibility; it impacted all those developers who used that area for their app.

On the S5, the bottom screen menu has been replaced and is now part of the phone frame. This is a pretty good idea actually. It provides developers with additional space on the display for their features and content. You get to see more stuff.

With the new menu now part of frame face with a physical button to go back home, there’s no place for the 3-dotted setting icon. They also flipped the “Recent” and “Go back” icons. Took a few days to get used to that, but now its old hat.

But what about my old apps? How can I get to the settings menu for those? Well there’s not an app for that; but there is an alternative solution for that.

Accessing Old App Settings Menus
It’s hidden, but it’s easy to get to. And the key point there is…you can get to it!

That’s all there is to it!

Yeah!!! I have my Mindful Bell back! Up and running as well as ever before! I am SO happy!