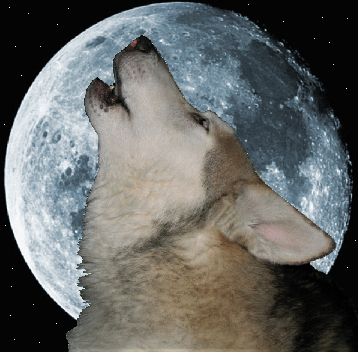 Every month and occasionally twice in a single month, you’ll find the moon in its full moon phase. Ages ago, cultures around the world kept track of the seasons by giving distinctive names to each recurring full moon.

The names they gave to their full moons were based on their culture, their region of the world, the timing of seasonal changes.

For instance here in North America, winter arrives much earlier in the far north than it does in the far south. That will affect the weather and therefore how the people of those areas see the moon and it’s phases.

The names people here in the U.S. and most of western Europe are most familiar with can be found in The Old Farmer’s Almanac (in print since 1792). These names have been traced to late Celtic pagan cultures who lived by a Lunar calendar system. These names were already familiar and their names were adopted by many Anglo-Saxon cultures even as they evolved into Christianized cultures that followed Solar calendar systems.

As Europeans traveled across the ocean, they brought their traditional names with them. But the people who were already here in America, had their own set of full moon names as well. In fact, different Native American nations held different names for their full moon times.

Celtic – circa 1300
The Celts fall in several regions of western Europe from Ireland, Scotland and Wales.

Thomas’s Old Farmers Almanac  – circa 1792
The almanac is largely based on Europeans who came to the Americas and settled in the colonies. These names were widely used in England, France and Spain.

The Algonquin Nation– circa 1400-1450
The Native American nations from New England to Lake Superior had their list of full moon names that also appear from time to time in modern literature or discussion.

Behind The Name
Most systems that identify the Full Moon each month have reasons behind the name. One of the better explanations behind this come from The Algonquin Tribes – circa 1400-1450

January ~ Full Wolf Moon
Amid the zero cold and deep snows of midwinter, the wolf packs howled hungrily outside Indian villages. It was also known as the Old Moon or the moon after Yule. In some tribes this was the Full Snow Moon; most applied that name to the next moon.

February ~ Full Snow Moon
Usually the heaviest snows fall in this month. Hunting becomes very difficult, and hence to some tribes this was the Full Hunger Moon.

March ~ Full Worm Moon
In this month the ground softens and the earthworm casts reappear, inviting the return of the robins. The more northern tribes knew this as the Full Crow Moon, when the cawing of crows signals the end of winter, or the Full Crust Moon because the snow cover becomes crusted from thawing by day and freezing at night. The Full Sap Moon, marking the time of tapping maple trees, is another variation.

April ~ Full Pink Moon
The grass pink or wild ground phlox is one of the earliest widespread flowers of the spring. Other names were the Full Sprouting Grass Moon, the Egg Moon, and — among coastal tribes — the Full Fish Moon, when the shad came upstream to spawn. This is also the Paschal Full Moon; the first full Moon of the spring season. The first Sunday following the Paschal Moon is Easter Sunday.

May~ Full Flower Moon
Flowers are abundant everywhere. It was also known as the Full Corn Planting Moon or the Milk Moon.

July~ Full Buck Moon,
When the new antlers of buck deer push out from their foreheads in coatings of velvety fur. It was also often called the Full Thunder Moon, thunderstorms being now most frequent. Sometimes this is also called the Full Hay Moon.

August~ Full Sturgeon Moon.
When this large fish of the Great Lakes and other major bodies of water like Lake Champlain is most readily caught. A few tribes knew it as the Full Red Moon because the moon rises looking reddish through sultry haze, or the Green Corn Moon or Grain Moon.

September~ Full Corn Moon
Sometimes also called the Fruit Moon; such monikers were used for a full moon that occurs during the first week of September, so as to keep the Harvest Moon from coming too early in the calendar.

October~ Full Harvest Moon
Traditionally, this designation goes to the full moon that occurs closest to the Autumnal (fall) Equinox. At the peak of the harvest, farmers can work into the night by the light of this moon. Usually the full moon rises an average of 50 minutes later each night, but for the few nights around the Harvest Moon, the moon seems to rise at nearly the same time each night: just 25 to 30 minutes later across the U.S., and only 10 to 20 minutes later for much of Canada and Europe. Corn, pumpkins, squash, beans, and wild rice — the chief Indian staples — are now ready for gathering.

November~ Full Beaver Moon
Now it is time to set beaver traps before the swamps freeze to ensure a supply of warm winter furs. Another interpretation suggests that the name Beaver Full Moon come from the fact that the beavers are now active in their preparation for winter. This is also called the Frosty Moon, and as this is also the next full moon after the Harvest Moon, it can also be referred to as the Hunters’ Moon. With the leaves falling and the deer fattened, it is time to hunt. Since the fields have been reaped, hunters can ride over the stubble, and can more easily see the fox, also other animals, which have come out to glean and can be caught for a thanksgiving banquet after the harvest.

December~ Full Cold Moon
December is usually considered the month that the winter cold begins to fasten its grip. The frozen ground and bitter winds that chill the skin and air. Where we go inside and sit by the fire, with family and friends to share stories and tales of the past.