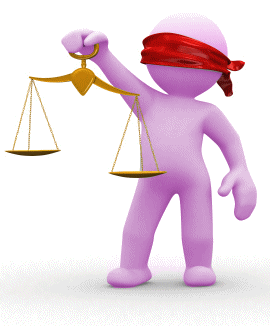 Why they say “Don’t make a Federal Case of It”?

The resources of the Federal Government are absolutely vast and include the unlimited resources and technology of the FBI. When you have the might and the weight of the federal government coming down on You, it’s extraordinarily overwhelming. When it’s the United States of America versus YOU, the odds of you winning a Federal Case are astoundingly against you. Individuals don’t often win a federal case, period! And that’s why they say “Don’t make a Federal Case of it”.

But it’s important to remember that those scales of Justice really do run both ways. Thankfully we have this thing called the U.S. Constitution and the Bill of Rights to protect individuals within the United States.

The Government can’t just declare they have the power to do something and then do it.  Take the case of eminent domain. In order to take someone’s property, the government must prove it has a vital need for your property and there’s no other alternative. Even then, they must pay you a fair price for your land. They can’t simply seize it. And the outcome of such cases is not always a given in the favor of the Government. Owners have the opportunity to prove their need of the land is greater than the government’s. After all the Federal Government has unlimited resources, they can go anywhere and find land.

By the same token, when the Government does have a criminal case in their claws, they can use those vast resources to dig deep into an individual’s life and transactions. The breath of that power can be both comforting, that those who really need to be held accountable for their actions, can be and will be held to justice.  No one is Above the Law in the United States. At least, that’s the way it’s supposed to work.

Here in 2019, many Americans are hoping and some are praying that the scales of blind justice really does work that way!