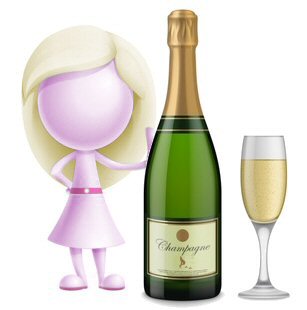 When did I first create my WordPress blog? You might be surprised by how many people want to know this after years of blogging.

But for others, the blog may have been up and running long before purchasing a domain name. Then what do you do? Yeah, good luck finding that.

If you search for this topic, you’ll find a wide variety of suggestions. END_OF_DOCUMENT_TOKEN_TO_BE_REPLACED

Memorial Day, originally called Decoration Day, is a day of remembrance for those who have died in service of the United States of America. Waterloo N.Y. was officially declared the birthplace of Memorial Day by President Lyndon Johnson in May 1966, it’s difficult to prove conclusively the origins of the day.

Regardless of the exact date or location of its origins, one thing is clear – Memorial Day was borne out of the Civil War and a desire to honor our dead. It was officially proclaimed on 5 May 1868 by General John Logan, national commander of the Grand Army of the Republic, in his General Order No. 11. “The 30th of May, 1868, is designated for the purpose of strewing with flowers, or otherwise decorating the graves of comrades who died in defense of their country during the late rebellion, and whose bodies now lie in almost every city, village and hamlet churchyard in the land,” he proclaimed.

The date of Decoration Day, as he called it, was chosen because it wasn’t the anniversary of any particular battle.
~ USMemorialDay.org END_OF_DOCUMENT_TOKEN_TO_BE_REPLACED

The Importance of Being Relevant
by Vickie Carey

Whither you’re website is a simple personal blog for you to share your talents of cooking, photography or building a faery garden, you want it to be seen and maybe even a little popular would be nice too.

If you have a company and you’re doing business in today’s world, a big part of your marketing is done online. But simply having a website isn’t enough. A company, any company no matter how small or how big must be innovative and keep the interest of its customers in marketing campaigns.

For companies that sell products, this is generally an easy task. New products are available and updates to the company’s website are constant. The social media advertising of those campaigns can grab a customer into the site which then needs to hook the sale. END_OF_DOCUMENT_TOKEN_TO_BE_REPLACED

Some Of Our Clients

SpringWolf Designs has created many sites over the years and for a variety of businesses, groups or individuals. Here are a few of our current examples.

Contact Us and let Springwolf Designs create your new presence on the web, or revamp an old one.
.