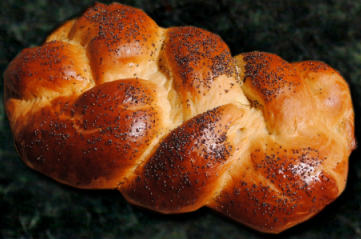 Gary is a great baker. The house always smells so homey and great when he gets the craving to make a loaf of bread. Sometimes he tries his skill at something new to push his baking talents into new realms.

He began his Challah baking on such an inspiration. He worked on perfecting his recipe for a tasty Challah Loaf for a number of years. It’s always a big hit, so we think he has the recipe down.