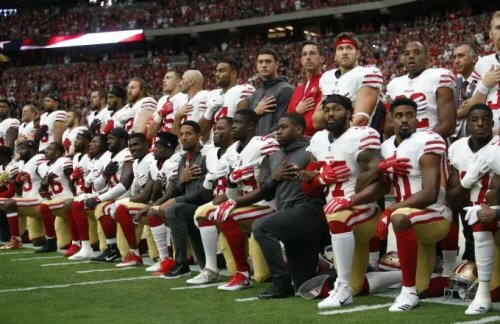 “America isn’t easy. America is advanced citizenship. You’ve gotta want it bad, ’cause it’s gonna put up a fight. It’s gonna say, “You want free speech? Let’s see you acknowledge a man whose words make your blood boil, who’s standing center stage and advocating at the top of his lungs that which you would spend a lifetime opposing at the top of yours.” You want to claim this land as the land of the free? Then the symbol of your country cannot just be a flag.” – The American President 1995

“Freedom of speech is a principal pillar of a free government: When this support is taken away, the constitution of a free society is dissolved,” wrote Founding Father Benjamin Franklin in The Pennsylvania Gazette.

You can’t claim to be a Patriotic American and then oppose the First Amendment of the Constitution and those American values. Sorry, you don’t get it both ways. You want to complain about disrespect of the military, then remember what those Military forces have and continue to fight for. Anything less, is the true disrespect. #LetThemKneel!