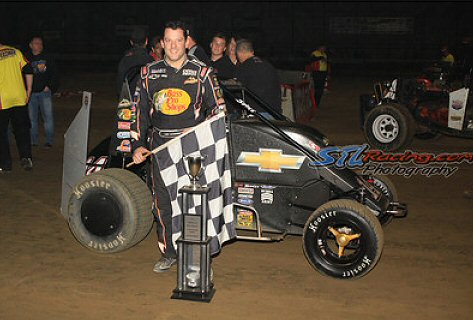 Everyone Feels The Sorrow

Last night at the Canandaigua Motorsports Park in New York, the evening started like any other Saturday night race on dirt. Drivers lined up, the Four Wide salute to fans was given, pictures were taken and shared all over social media.

On lap14 of the final segment of the nights racing event Kevin Ward Jr., a 20-year-old competitor and Tony Stewart, 3-Time Nascar Champion were fighting for the same line on the track. The final segment consisted of 25laps on the 1/2mile dirt track.

Coming around turn 2 Tony’s #14 car on the inside of the corner, and Kevin’s #13 Sprint Car on the outside got into each other. Kevin ran up the track and hit the wall, not unusual and not a bad wreck. (read more from Jeff Gluck’s USAToday report). END_OF_DOCUMENT_TOKEN_TO_BE_REPLACED