Gary’s cousin Kevin, makes some of the best bbq I’ve ever had! He mostly uses beef, but you can use this recipe with pork or chicken as well. It tastes best with beef though.

* You can use pork or chicken for this recipe as well, just make sure it’s at least 3 pounds of meat.
** Kevin uses Stubs BBQ Sauce. We use Masterpiece Original. You can use your favorite brand.
*** Gary adds 1 additional shot of Jack to spike the flavor. So that would be 2 total. END_OF_DOCUMENT_TOKEN_TO_BE_REPLACED 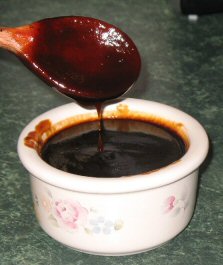 Garrett’s Momma’s Sweet Jack Sauce
Unlike men in the house, I can’t handle a lot of “hot” foods. So Gary decided to try his hand at making a home-made mild sweet bar-b-que sauce just for me.

We had gone to a local steak house in Virginia who serve their own version of a Jack Daniels bbq sauce. It was nice, but way to hot for me. I was fairly disappointed, because it truly smelled so GOOD. That inspired Gary to make a new sauce.

It goes great on chicken, beef and everything in between! 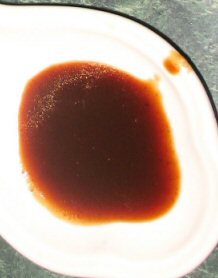 Garrett’s Wide Awake Jack Sauce
During the last holiday season, we gave Gary a book about grilling. It has some wonderful recipes. But it also inspired the Grill Master to try his hand at making some home-made bar-b-que sauces.

I like sweet sauces, the boy child loves hot sauces. And Dad, well he’s fond of tart sauces similar to what you’d find in his home state of North Carolina. Needless to say there has been a lot of experimenting going on in our house on the weekends.

He has been working on this one for a few months now. I think he’s  finally gotten it just right. If you like hot, you’ll like this one.

It goes great on chicken, beef and everything in between! 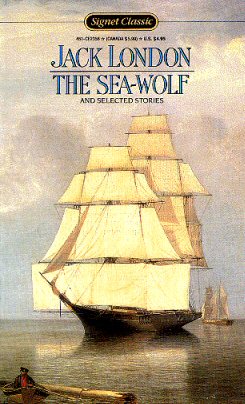 Jack London (1876-1916).
The novelist and short-story writer Jack London was, in his lifetime, one of the most popular authors in the world. After World War I his fame was eclipsed in the United States by a new generation of writers, but he remained popular in many other countries, especially in the Soviet Union, for his romantic tales of adventure mixed with elemental struggles for survival.

John Griffith London was born in San Francisco on Jan. 12, 1876. His family was poor, and he was forced to go to work early in life to support himself. At 17 he sailed to Japan and Siberia on a seal-hunting voyage.

He was largely self-taught, reading voluminously in libraries and spending a year at the University of California. In the late 1890s he joined the gold rush to the Klondike. This experience gave him material for his first book, ‘The Son of Wolf’, published in 1900, and for ‘Call of the Wild’ (1903), one of his most popular stories. END_OF_DOCUMENT_TOKEN_TO_BE_REPLACED