Double, double toil and trouble;
Fire burn and caldron bubble.
Fillet of a fenny snake,
In the caldron boil and bake;
Eye of newt and toe of frog,
Wool of bat and tongue of dog,
Adder’s fork and blind-worm’s sting,
Lizard’s leg and howlet’s wing,
For a charm of powerful trouble,
Like a hell-broth boil and bubble.

Double, double toil and trouble;
Fire burn and caldron bubble.
Cool it with a baboon’s blood,
Then the charm is firm and good.
~ William Shakespeare’s Macbeth

Hoping you have a fantastic evening of Trick-or-Treating,
with lots of fun, frights and genuine laughter!
and
May you and yours have a wonderfully blessed and exciting Samhain! 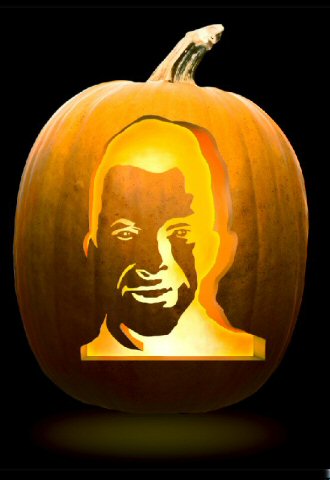 There are three holidays occurring at the same time on October 31st. Two are religious and one has nothing at all to do with religion or spirituality.

At sunset on October 31st, Pagans celebrate a holiday known as Samhain (Summer’s End). The holiday lasts through the night until sunset on November 1st. Early Pagans followed a lunar calendar, much like the people of Judaism. Worship and observances begin at sunset even today.

In order to attract more Pagans to church, the Catholic Church, established All Hallow’s Eve to take place at sunset, the evening prior to the reverent holiday that honors the Saints. All Hallow’s Eve is the real precursor to modern Halloween.

It takes several centuries for All Hallow’s Eve to evolve into a type of Halloween we know today. But even though the celebration slowly travels through Europe, it’s still not what we see today. Each culture developed its own traditions, implements some of its own legend and lore into those traditions and the holiday spreads into something it wasn’t intended to be, even in those early centuries.

Those October 31st celebrations came to America as early as the 1800s. As Europeans migrate to the new land, they bring their traditions, legends and lore. Those begin to evolve again as they interact with each other. Mixing stories from that Germanic region with that French region and even more traditions from England, Ireland and so on. END_OF_DOCUMENT_TOKEN_TO_BE_REPLACED