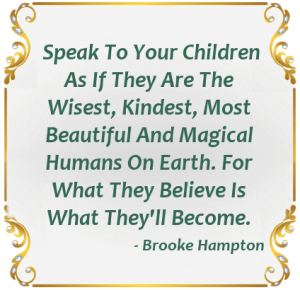 Yesterday I read an article about parents talking to your “white sons” about how white supremacists are using the internet to recruit kids (White supremacists are recruiting white teens online). The article included a link for how to talk to your kids about this topic and why it’s important to do so (Propaganda, Extremism and Online Recruitment Tactics).

What struck me deeply was the article included a story about a Virginia family, who dismissed the signs of their son’s interests as he just had a deep interest in history. Until he killed two people and was charged with a hate crime.

We’re from Virginia, and my son has a deep interest in history and he’s a great kid. But as a Mom, I worry about that balance between protecting my teen son, while giving him a sense of trust and privacy in his own home. Plus this issue is impacting unsuspecting families all around the world. Whither it’s Islamic Extremists, or White Supremacy groups. We have to talk to our children and make them aware of the dangers.

I sat my son down yesterday afternoon and approached the topic with him. Starting out with, “I want to protect your right to privacy and I want you to know you’re respected in this house, but….”. Of course the initial opening was met with rolling eyes, a deep sigh and “Ok can I go now”. Undeterred I wanted him to listen to what I had to say.  You don’t have to have a fight with your kid and “make them” sit down and listen. Doing so won’t get them to listen at all. It will just make them angry.

Through my counseling practice, I’ve learned that personalizing an issue can gain someone’s attention. Just keep your calm and let them know why this is important to you. I responded with, “I know you think you already know everything, you know how to handle peer pressure and you think you don’t need to listen to me. But this is important, to me at least. And I want to discuss this and hear your views”.  If you have to ask them to listen, for your sake, then do it. You don’t have to be angry and superior. “Because I said so” isn’t going to help.

You don’t have to treat your kids like they’re children, but it’s important to remember they are children and they have not experienced life like you have. You’ve seen people manipulate your feelings, to get what they want. And you’ve been in situations, even if you haven’t wanted to admit it, where you have been manipulated into thinking something or view an issue in a certain way, because you wanted to please someone. Only to discover, that way of thinking, isn’t you!  It’s ok to share your experiences, because this isn’t about age. It’s about seeing the tricks used for brainwashing and emotional manipulation.

I made sure I explained how these people get into gaming sites and work their way onto a team or into a group of players. They make friends with all the other members of the group to establish their position on the “team”. Once they’re in, they start by telling a racist joke. One that’s close to the line but doesn’t “overly” offend everyone. If everyone laughs about it, they up the triggers. They tell more jokes and get everyone telling similar jokes, even if the kid thinks it’s not right or they shouldn’t be doing this. It’s part of the peer pressure to be part of the group. Before you know it, these racists target the kid who they think is the weakest and try to become closer friends with them. Talking about their problems and then blaming those problems on minorities. Before you know it, the child is hooked in and can be manipulated.

My son and I covered all this and we had a good talk. He told me some things about his views and perspectives that actually surprised me. Kids really do listen to everything you say. Even when you don’t think it’s all that interesting, they can take it in as something very important to them and they apply it to their life and how they interact with others. 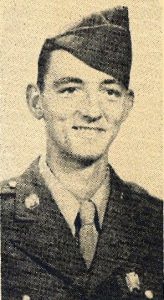 Case in point, he told me about all his relatives, who served in WWI and WWII, and those who died fighting Hitler’s armies. My Dad’s brother was killed in Germany, he was part of a tank group, and he was killed in battle by an enemy tank. Because of these sacrifices in his own family, my told me that he really despises these “skin head” movements. In his words “What did all my family members fight against if these people are going to ignore their sacrifices?” Wow.

I never thought he even listened to those stories. My older sister is big into tracing our family genealogy and sharing the stories she discovers. She tells me and I talk to my family about what she discovered. Who knew he actually listened! I was shocked. And a quite a bit proud too! 👍

Don’t be afraid to talk your children. Teen boys and girls. I personally don’t think this is a gender specific issue. I’ve seen a number of girls walking in those White Supremacist marches. If you have teen girls, you’re not immune to these attempts either. Take the time and make the effort. You’ll be glad you did.