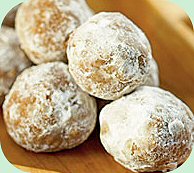 Although Bourbon has been around since the 18th Century, Bourbon balls were a 20th century invention. As the story goes anyway. In 1919, two substitute school teachers named Ruth Hanly Booe and Rebecca Gooch began a candy-making business in Frankfort, Kentucky. Soon, The Rebecca Ruth Candy Company and their chocolates were a big hit. In 1936 a dignitary was taking a tour of the business and made an off handed comment about mixing candy and Kentucky’s famous bourbon together. Mrs. Booe worked on the recipe for two years before perfecting the still-secret process for blending bourbon and candy.

Bourbon is an American whiskey, a type of distilled spirit, made primarily from corn and named for Bourbon County, Kentucky. It has been produced since the 18th century and is a “distinctive product of the United States.” So said the United States Congress on May 4th 1964. The Bourbon Trail or Kentucky Bourbon Trail is the name given to the area in Kentucky where the state’s bourbon distilleries are located. It is an official trail launched by seven of the eight distilleries in the region. Recently, the eighth distillery, Tom Moore Distillery, joined the trail.

Some believe a bourbon cookie served on the tables of Gentleman and high society during the era of Continental America, is the original source of the rolled bourbon ball. There is evidence of this cookie in letters and documents found in Williamsburg, Virginia during the time the Continental Congress was establishing the U.S. Constitution. One thing is for sure, the traditional Rebecca Ruth Bourbon Balls do not resemble the rolled and coated candy dough that is often seen on party tables. But others believe her idea was the inspiration for the rolled candy ball and the bourbon cookie was something totally different. It’s hard to say for sure, without knowing what’s in the secret recipe. 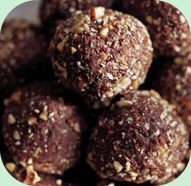