Anne, Duchess of Bedford, was one of Queen Victoria’s ladies-in-waiting in the late 1830’s and early 1840’s. It’s Anne who is credited for “inventing” Afternoon Tea.

It was during these early days of Queen Victoria’s reign, that the time between lunch and dinner was widening. Anne began asking for tea and small cakes to be brought to her private quarters in mid-afternoon to stave off her hunger between meals.

It wasn’t long before she began inviting other ladies to her private tea in the hopes of learning the latest gossip, which of course she would share with the Queen. And the afternoon Tea with treats became a mainstay of English society.

The baker in our house is Garrett, who has a talent for breads. And his tea scones are no exception. They’re great with dinner, especially on the side of a bowl of Vickie’s Beast Stew. 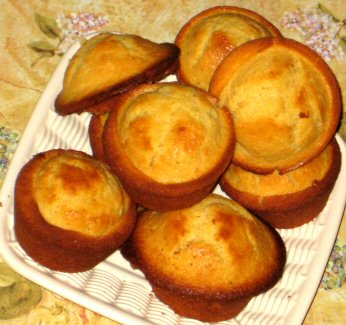 It’s a cold wintry day and I thought it would be nice to warm up the house with a little baking. I love my Dad’s Southern Cornbread. But since it’s snowing and I don’t have buttermilk, I decided to do some experimenting.

One of my first professional jobs was at a large Fortune 5 company. We were graced with a large cafeteria for breakfast and lunch. One of my favorite things from that time was their sweet cornbread muffins. So here’s my attempt to replicate them. These muffins are a bit sweeter and definitely a lot lighter than buttermilk cornbread. 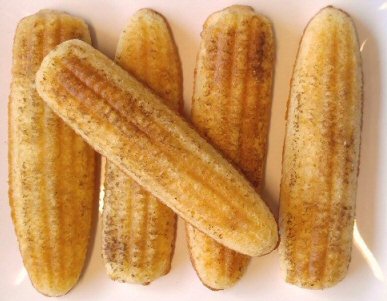 One of the things I remember my dad baking during the fall and winter seasons is cornbread. He had an old iron baking dish, that shaped the corn bread into small corn on the cob shapes. He liked his cornbread heavy and stiff, for soaking up sauces and juice from the main meat of the meal. Or his favorite red kidney beans. The mainstay in Beans on Toast in our house.

My Mom and Dad are from east Tennessee, in the mountains of the Smokeys. The north side of the South. My dad learned to cook from his Mom, who learned to cook from her mom and so on. The old family recipes are ages old and they were designed to sustain anyone during the hard work of the field and farm. I don’t know exactly where this recipe started, but my Dad told me, his grandmother used to make this nearly every Sunday for dinner after church.