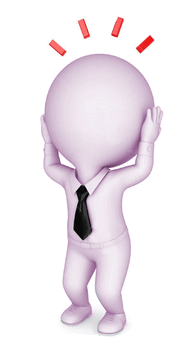 Microsoft Is At It Again

A few weeks ago I shared a method for getting rid of those annoying Windows 10 upgrade reminders that Microsoft installed on your pc, whither you wanted it or not.

Well it seems Microsoft has written a Malware program to get around that fix. Even if you’ve told them you don’t want Win10 and you’ve hidden the updates from future installs, they’re going to ignore that and reinstall the “Get Windows 10 app” (KB3035583) again. It’s more than annoying, it’s unethical and pisses a large number of people off. Including me.

Update:
After removing the Win10 updates when I found the BetaNews solution on April 24th, I discovered Microsoft had reinstalled the “Get Windows 10” app (KB3035583) on May 6th. Even when I said I didn’t want it. Once again I removed the app update and again told my system to hide it from future installs. Once again it was reinstalled on May 26th!! Once again I have removed the app and hid it from future updates. This is getting ridiculous! STOP IT Microsoft!

The method to uninstall the Win10 updates had been provided by BetaNews who shared a great step by step article to help you with this annoying issue.
See Remove unwanted Windows 10 upgrade files from Windows 7 and Windows 8.x

The original fix from BetaNews still works thankfully. It’s simply frustrating that you have to remove the app update over and over. Only one file is re-downloaded to your system KB3035583.

So find that and remove it as BetaNews suggests:
..for preventing the files being downloaded again,
go to Start > Control Panel > Programs > Uninstall or change a program.
Click View installed updates on the left.
Use the search box to locate the following updates:
– KB3035583, KB2952664, and KB3021917 (Windows 7) or
– KB3035583 and KB2976978 (Windows 8).
Right-click each one and select Uninstall.
When done,
go to System and security in the Control Panel,
select Windows Update > Check for updates.
Right-click each of the above updates in turn and select Hide update.