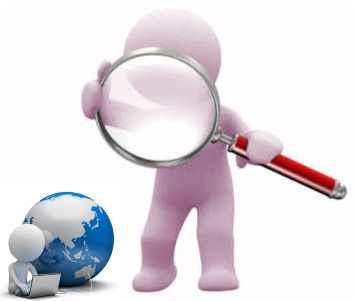 May 27, 2016 11:32pm
Nah, I prefer rodents.
Way back when everyone was on AOL, I hung out in a chat room called “Witchcraft”. People would come in and troll the room and ask that question about the toad. Or they’d ask where’s your broom. I’d reply; Well I lost my broom in a storm cloud. They’re not as soft as you’d think they’d be.

PolitiFact
May 27th at 11:36pm·
Hemp is in paper, rope, clothing, soaps, shampoos, and animal feed. So is it really illegal to grow the stuff?

May 27, 2016 11:37pm
Yeah, because some hay lobby (along with lumber, cotton & the synthetic industries) 100 years ago won a battle of misinformation that hemp farmers have been trying to dispel for a century. It’s not new News. You can easily do a google search and find unbiased sources to read. The Government continues their war on Hemp even today.

More reading: The DEA Waging A Behind The Scenes War on Hemp

May 26th
My friend Dr. Mary Marshall (a paranormal investigator), shared a picture that cracked me up. 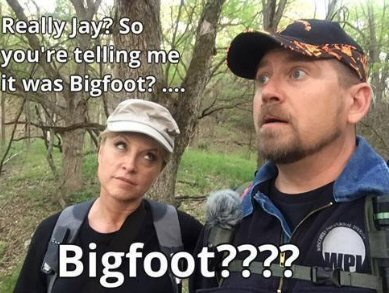 Mary Marshall The Paranormal MD & Jay on an investigation

May 26 at 10:17pm
You may not know my theory of Big Foot that I shared on our Paranormal radio show The The Ænigma Project – But…I said the BigFeets, are really Wookies who crash landed and couldn’t repair their ship to leave.

May 26, 2016 7:00pm
Someone asked me what the connection is.
Witches have been known to work with familiars. In the old days, a familiar was a black cat. The witch would connect to the cat, share a spell and the cat would go to the intended target and deliver the spell. Or some believe a witch would work through the energy of an animal to hide their “signature” and secretly send a spell to an intended target. That spell could be good or not so good.

In reality a familiar can be used for a variety of things, and it can be any kind of animal. This picture is called “Soul Mate” so it kind of works well with the intent behind the phrase. The comment “Ye are crunchy and go good with ketchup” is an old Dragon lovers phrase. One I’ve always liked. It makes me laugh.

Sabrina Squire NBC12
May 24 at 7:47pm ·
We brought the founder of The Richmond Wildlife center to tears, happy tears of course! If you missed this story earlier on the news, click and see here. Very rare to have a nighthawk in captivity. This one has a vision problem and is being hand fed at the center.
NBC12.com
Tuesday, May 24th 2016, 7:09 pm EDT
Act of Kindness gift for Richmond Wildlife Center
RICHMOND, VA (WWBT) – video
Can you imagine providing medical care to a hummingbird, operating on a baby turtle’s eye, nursing a snake back to health?

May 24th
Sabrina Squire NBC12
May 24, 2016 6:15pm
VETERAN’S DYING WISH “LET ME SEE MY HORSES”- Vietnam veteran Roberto Gonzales was shot and left paralyzed during the war. But it didn’t keep him from continuing his lifelong love of horses.
He spent decades as one of the only licensed, handicapped horse trainers in Texas. Now that he’s hospitalized with his organs failing, Roberto wanted to see his beloved horses one last time. “Sugar” and “Ringo” were brought to the VA hospital. Roberto’s wife says her husband briefly opened his eyes as the horses nuzzled him.

May 24, 2016 4:38pm
People don’t want to be killed, or kidnapped and killed. I’ve long dreamed of taking a cruise up the Nile to see the history of the region. But it’s a little scary to go there right now.

The Old Farmers Almanac
May 23 at 1:01pm ·
Do trees sleep? Thought this was interesting . . .
Old Farmers Almanac Shared A Story:
Daily news
18 May 2016
Trees seen resting branches while ‘asleep’ for the first time

Time to rest your weary branches by Dmitry Savin/Getty

May 24, 2016 4:24pm
Many decades ago I heard a story attributed to the Cherokee that explained how the trees reach down at night to hug Mother Earth while they sleep. Then they wake up and reach for Father Sun to play during the day.

The story is an old one. Glad science is finally catching up with the old Indian tales and wisdom.

May 22nd
Seems nothing happened on the 22nd that grabbed my attention. It rained. And rained some more. And continued to rain. So I guess it simply rained that day.

One thing I did do on the 22nd, if you’re a Tony Stewart fan,
I updated the most popular post here on my blog:
Tony Stewart’s Log Home
I added new pictures of the house, updated some information and added a couple of links. One of the new links goes to an article about Tony’s private lake, what it took to make it and who stepped up and helped him create such a beautiful healthy habitat for animals.

May 21st
NASCAR (@NASCAR)
May 22, 2016
In his final #SprintAllStar Race start… @tonystewart gives the command!

Anyone who knows Smoke knows he was emotional and tried to take in the moment. As Elliott Sadler said in his tweet:

Elliott Sadler (@Elliott_Sadler)
May 22, 2016
Pretty cool to see @TonyStewart give the command… And the emotion in his face shows how much this sport means to him.. #passion

The consensus on social media after the NASCAR All-Star race was that it was a total cluster f@*&. And it started at the very first caution and the consequential penalty on the #20 Team when Matt Kenseth didn’t make his mandatory pit under the green during the first segment of the race. Officials admitted they weren’t prepared for this situation, because they didn’t imagine any team wouldn’t make their pit. So when it happened, no one knew what to do. The Crews knew. Nearly all of them were complaining on their team radios about what was going on, why didn’t those cars who pitted before the caution and go a lap down get the wave around before the second segment began? Drivers were angry, crew chiefs were mad, spotters were confused and Officials were repeating what they had been told by the NASCAR booth. The cluster marred the entire race and ruined Tony Stewart’s last All-Star race. His fans were not happy!

NPR
May 21 at 7:16pm ·
The come-from-behind victory denies Nyquist his bid at the triple crown.

May 21 at 8:31pm
Yeah, well that’s why the Triple Crown is such a special achievement. Congrats to Exaggerator. Nice effort Nyquist.