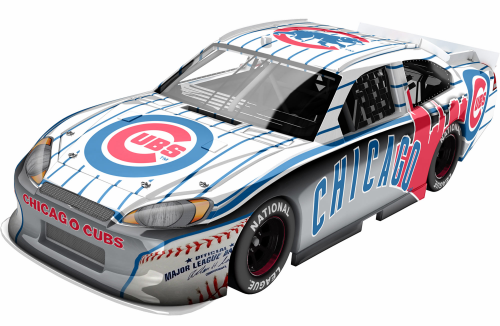 Former Indians star Jim Thome threw out the first pitch for Game 7
⛽ Jim Thome gives the command: Gentleman Start Your Engines
Indians Corey Kluber throws the 1st pitch to Cubs Dexter Fowler
⛽ The green flag drops, we’re racing for the 2016 World Series
Dexter Fowler homers over the center field wall and the Cubs lead 1-0.
⛽ Fowler out to an early lead. This going to be exciting folks.
….NASCAR Fans take a nap until….
Rajai Davis hits a blast to left and this game is tied 6-6. Holy. Moly.
⛽ It’s the big one. This changes everything!
Bottom of the 9th, Aroldis Chapman strikes out Kipnis on another 3-2 count. Lindor pops out. Extra innings. Here we go.
⛽ We’re going into overtime – it’s a Green – White – Checkers
Rain Delay – They’re covering the field
⛽ The Red Flag flies – Rain. They’re bringing everyone to Pit Road 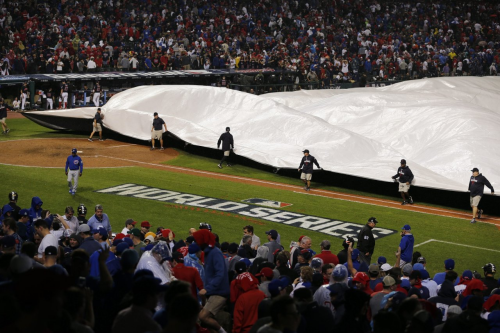 Officials say we’ll resume play at 12:15am ET.
⛽ Caution is out, we’ll take the green at 12:15am
Top Tenth:
Ben Zobrist drove in the go-ahead run that scored pinch-runner Albert Almora. Bases loaded Cubs 8-6 lead in the 10th.
⛽ The Crew from Chicago get it done and move out to a 2 second lead.
With the Cubs leading 8-7, Maddon pulls Carl Edwards,Jr. In comes lefty Mike Montgovery.
⛽ Twitterless Edwards hits the wall, goes to the garage.
The Cubs are 1 out away from winning the 2016 World Series.
⛽ The White Flag is Out. Cubs still holds the lead.
Montgomery gets a weak groundout from Michael Martinez and it’s over.  The Cubs rush the field.
⛽ The Cubs take the Checkered Flag and Win!
That’s the 2016 World Series Champions doing donuts!

Congratulations To The Chicago Cubs!
The 2016 Worlds Series Champions! 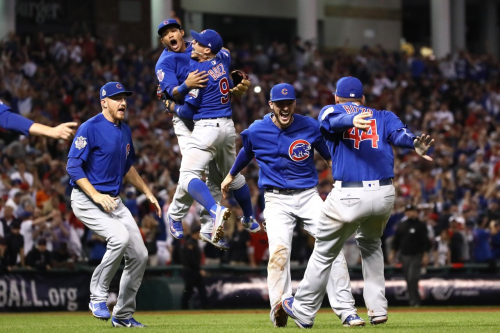 More About NASCAR and Racing