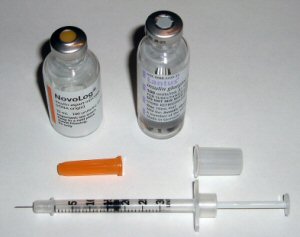 The Price Of Medication Going Up

Congress can act like they’re offended and concerned about the greed being shown by pharmaceuticals. But let’s face it, IF they do anything about it, it won’t help us afford our necessary medications for several years to come. Those average citizens who have a terminal disease can literally be put in the position of choosing life or death because they can’t afford their prescriptions. Those people who have a disease that can be managed, like diabetes, may also be forced into that same position because of the cost of their maintenance drugs.

Now the insurance companies are making a case that they’re trying to “help” us average citizens by forcing the pharmaceutical industry to lower its prices on commonly used medications. Ok, I can understand the concept. If you want to force any industry into lowering its prices, hit them where it hurts most, in their bottom line. But at the same time, you know the insurance companies are doing the same thing to customers that big pharma is doing.

As the NBC story suggests, this effort puts the onus on patients to do their research and find the cheapest price to buy the drugs they need to survive.

Consumer Alert: Hundreds of Drugs Dropped from Some Prescription Plans
Wed, Oct 05
As businesses approach open enrollment, some prescription plans are dropping coverage on more than 200 commonly-used drugs in an attempt to force drug makers to stop dramatic price hikes.

What You Can Do
What this segment doesn’t tell you is that you do have choices. I can’t speak to all medications, but I can talk about Diabetic prescriptions as I just went through this issue. I lost my insurance coverage and when you’re a diabetic that’s a very scary situation to face. I went from paying just over $50 for each of my insulin pens, to over $400 for each. How is a person supposed to maintain their health condition when they can’t even afford their maintenance drugs? And that doesn’t even include the additional paraphernalia that go along with testing your sugar levels on a daily basis.

Well, what they don’t tell you is that you have options! Even my primary care doctor didn’t explain the choices that are available to me. I found that out during a surprise visit to the ER. So let me share what I learned. These little things can be applied to any situation, you simply need to know what to ask and where to start.

First off, start asking questions before you insurance plan changes or ends. Give yourself at least two months to get answers and a solution so you don’t go through a period of not being able to afford your medications.

Talk to your doctor and if you’ve run out or are close to running out of your prescription, ask if they have any samples to carry you over.

Don’t be afraid to talk to your doctor about your concerns in affording your medications. If you’re on an insulin pen, that huge price for your medication isn’t the insulin. It’s the pen itself. The delivery system is fairly new and therefore extraordinarily expensive! The same is true for an Epipen, you’re paying for the pen, not necessarily for the medication in the pen.

The Endocrinologist at the hospital told me I could replace both of my insulin pens (one long-lasting, the other meal time) with vial insulin which sells for about $30 a piece at Wal-Mart. The only additional expense is for a box of syringes which are about $15, also at Wal-Mart. Both without insurance. I went from paying $1000 each month, to just under $50 for both medications and the syringes.

Check with your doctor about which form of insulin is best for you. There are several variations. In my area the least expensive is Humulin-R (a fast-acting form of the hormone insulin) and Humulin-N (an intermediate-acting recombinant human insulin).  There are brand name versions as well, even Lantus comes in a vial form, for instance. Dump the expensive pen and save money!

Don’t let the idea of the vials get to you if you’ve never used them before. It’s really not that big of a deal drawing the medication into the syringe. You typically dial your dose with the pen. You’re doing the same thing with the syringe, but instead of dialing the dose, you’re pulling it into the syringe. The needle is nearly the same size, and you inject the dose the same way.

Hint:
One hint though. When you first get your vial of insulin, or whatever your medication is, shoot some air in the vial. It will make it easier to draw your medication out later. You don’t need a lot, about 2 full syringe sizes will work fine. And you can always add to that as you use up the medication.

The only additional thing you have to deal with using the vials, will be complying with your Counties requirements for medical waste. You really can’t toss the used syringes in the trash. Even if your county has no special requirements. Save any empty containers you may have to dispose of the needles safely. That can be a peanut jar, a coffee creamer container, even an empty peanut butter jar. Fill up the container with your used syringes and find out where or how to dispose of that. Some counties have special programs where you can drop off your filled containers at local Fire/EMT stations. Others have special receptacles at the local dump. Call your counties waste facility and they can tell you what the requirements are.

For those who have diabetes, but can’t qualify for your local free clinic or afford insurance, talk to your local Wal-Mart. There are some maintenance medications that don’t require a prescription. But you’ll have to check to see what your local pharmacy requires as they can be different from state to state.

I hope that helps ease the concern and stress others have when facing this daunting issue. Sometimes you just need to know what to ask. Or how to get started. And the solution is just an answer away.