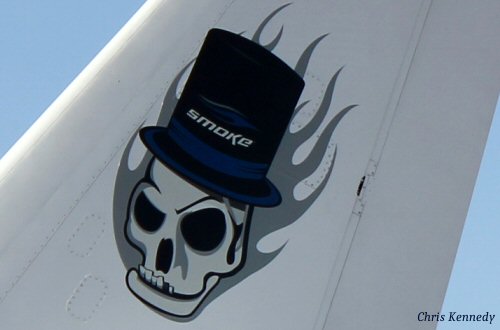 Today my 11-year-old told me about an idea he had for us to have a plane and commute to work by air. I made mention that if we had a plane, we would be using it to fly on vacation and probably going to the races around the country. I don’t think commuting to work would get much done. Well not in the kind of plane he was talking about.

Which brought up different kinds of planes, other than commercial planes, what they’re used for and who uses them. Which of course brought me to NASCAR. Hey, it’s what I do.

If you have a favorite race car driver you know most of them have a private plane to get around the country for business. Whither they’re flying to a race, back home again or to visit with Sponsors and their staff, race car drivers do a lot of traveling.

Tony Stewart is no exception to that practice and he has a great plane to get from place to place. Well, like any good business man, ‘he’ doesn’t have a plane, but his personal company does.

The company owned a Cessna 550 built-in 1999. It’s classified as a fixed wing multi-engine plane. It has 8 seats and 2 turbofan engines. The plane is active and now registered as N139RN, which is now owned by RKN Aviation LLC in Mooresville North Carolina. This registration was issued in 2009-02-25, which is presumably when True Speed Enterprises sold the plane. But it still comes up in searches for the N500TS registration. Which is the registration owned by and assigned to Tony’s plane. Or would that be planes? 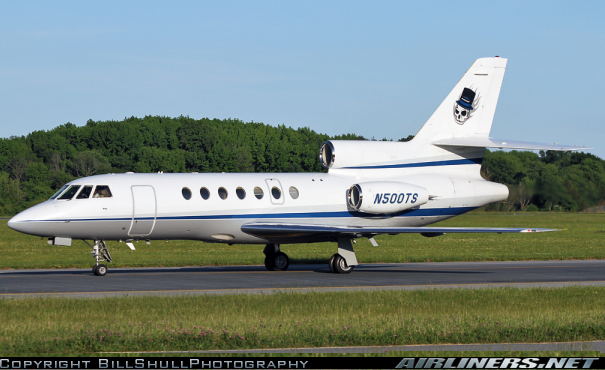 It appears the current plane listed under N500TS was registered the day before the Cessna was registered to RKN. The current N500TS is listed as a Dassault Falcon 50 (to be specific Dassault-Breguet Falcon 50). It too is registered as a fixed wing multi-engine plane. It has 10 seats and 3 turbofan engines.  ~ Airport-Data.com

A number of airplane and race fans have captured the plane around the country. It’s been seen parked over a weekend, coming in for a landing, taking off, a few have caught it as Tony’s pilot has taxied down a runway. There are even a few videos of the plane in action. Google YouTube, you’ll find a few.

I think this one of a landing is my personal favorite. It is a pretty plane.

One thought on “Tony Stewart’s Plane”