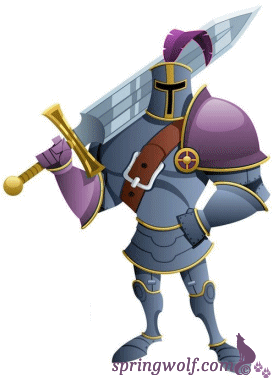 Thinking In The Tub

So I’m sitting here trying to relax from a stressful week. Seriously stressful. I’m watching one of my favorite crime shows when the boy comes out of the bath. He’s standing behind the couch, with a towel wrapped around him, patiently waiting for a commercial to come on. Isn’t that thoughtful.

Then he starts his rambling. At first I honestly have no idea what he’s talking about. But I try to tune in.

“So I had one of those bathtubs moments and it made me think. Back in the olden times, what happened if you were in a suit of armor that was fully contained with your body.”

Ok..there are so many things that I don’t get about that sentence, but I’m imagining said suit of armor all the sudden in my head.

“And you were in a battle where they poured that hot oil stuff in the moat. And set it on fire. And you had to fart.”

“Would you catch on fire cause your fart exploded in the suit. Or would you pass out cause you gassed yourself?”

What got me is that I think initially he was seriously asking the question from a purely “I wonder what would happen” context.

There ya go..the evenings entertainment in my house!

This little story has prompted me to create a new section to our Storytelling. What we’re going to call “The Funniest Things“.