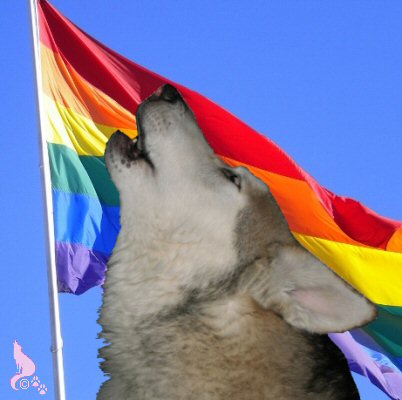 The Supreme Court rules gay couples nationwide have a right to marry. “Under the Constitution, same-sex couples seek in marriage the same legal treatment as opposite-sex couples, and it would disparage their choices and diminish their personhood to deny them this right,” Justice Anthony Kennedy wrote in the majority opinion. ~ Read the coverage at The Washington Post.

The first wedding I officiated was for a same-sex couple. It has always bothered me that the wedding wasn’t “Legal” here in Virginia at the time. Not only for the couple, but as a minister licensed in this Commonwealth there was something lacking in the celebration. It was my first official wedding and there was nothing to mark the occasion.

As a Minister of my faith, licensed in the Commonwealth of Virginia, I’m honored to bring any couple together in love and marriage. We have always accepted that love is love in the Pagan Metaphysical community. Love is the most powerful energy in the Divine Universe and it cannot be stopped or held at bay for ever.

When I saw the news posts pop up on my phone, I turned on the TV to watch the coverage of the decision. Jim Obergefell the plaintiff in the case brought before the Supreme Court, had just received a congratulatory phone call from President Obama. My 12 year old son asked “who’s that?” and I told him what was going on.

I couldn’t be more proud of his response:
“Can I hug him? Can I reach through the TV and hug him? Finally someone understands the real meaning of the Constitution and freedom isn’t about one religion’s “sin”. You know it’s great in terms of the government. First they let ObamaCare stay and now this.”

When a 12 year old understands Love is Love, I wonder why so many adults choose to hold hate and intolerance in their hearts.

We couldn’t be more thrilled, uplifted and happy for our country, state and community. This ruling impacts so many couples and their families nationwide and even internationally. Same sex couples who were legally married in a foreign country and moved to the United States, will now be recognized as well. Children of LGBT couples will be respected and have the same rights with security and dignity as any other child with two parents.

Congratulations to all of my LGBT friends and their families. May you have time to celebrate, share, laugh, hug and love.