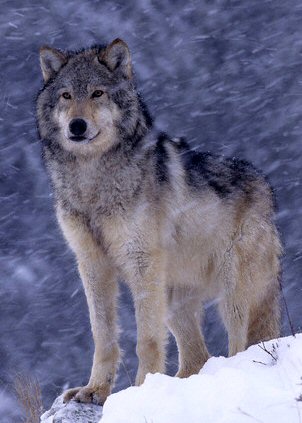 There are many astrological systems around the world. The most common in the west is the European Astrological system of the Zodiac. If you’re born in late May you fall under the sign of Gemini. But there are other system that people find interesting as well. The Chinese have their own form of astrology which relates to the year of your birth. If you were born in 1961, you fall under the sign of the Ox.

There is also a Shamanistic Astrological systems which are similar to the European system in that it defines characteristics by your birth month. These totems are also referred to as Solar totems, because many of them share similarities with the solar system and correspond to seasonal changes.

The Shamanistic Astrological system is based on the Medicine Wheel and cycle of seasons. It begins at summer’s end when the Sun begins to wane for the long winter months. The system connects each month to Mother Earth and it’s ever evolving changes and influences.

Now of course there are varying Shamanistic Astrology systems. The one I grew up with is based on Native American influences, especially those from the Cherokee Nation. But it’s not solely Cherokee either.  So please don’t think this is “The Cherokee system of Astrology”, because it’s a mix of varying systems, including Celtic.  While it’s a system that’s been identified as being older than 150 to 200 years, it’s still a combination or merging of varying approaches.  You can read more about this system here: Solar Birth Totems.

You might have found your way here, because you’re interested in the Totem of the Wolf. And if you were born between February 19 to March 20, you fall under that Solar birth sign. Congratulations. I’m a Gemini and that puts me in the month of the Deer. Which is kind of kewl too.

The Solar Wolf Totem – February 19 to March 20
People born under the sign of the Wolf are sensitive and intuitive. They have an ability to rise up in both mind and spirit to the clear heights of knowledge and understanding. Like the wolf, they need clearly defined territory, at home, at work or within a relationship. They are easily upset when their “space” has been intruded upon without invitation.

They also find it difficult to deal with emotional issues and often feel vulnerable. Staying instead on the brink of caution and ready to defend their actions or personality. This unfortunately affects the way they make decisions, especially about relationships. Thus the strength of the wolf is called upon here. To learn the lesson as guardian while still moving with the flow of life easily and effortlessly.

Wolf people look for permanence in a relationship, mating for life as their animal counter part does. When a Wolf person is forced to undergo a time of change from a partner, they often feel over whelmed and totally devastated. Often causing long-lasting effects that can create many emotional problems later in life. Again, the strength of the animal wolf is called upon. Learning how to move through the flow of life and realizing death is merely another stage of the play, even if that death is nothing more than the end of this chapter of a relationship and not a physical loss. Whether it be a real physical death, or merely the death of a relationship, change is necessary for growth and balance within ones life.

Their ability to focus their thoughts and instincts for “hunting”, make wolf people natural researchers. Always looking for information in philosophy and religion to give meaning and purpose to life. This ability also makes them wonderful parents and teachers of children. They often find the right words, the right way and the right moment to soften the blow of bad news for child and adult alike.

Birth Totem Summary: The Wolf
Here are some of the detailed classifications for the Solar Birth Totem for the Wolf.