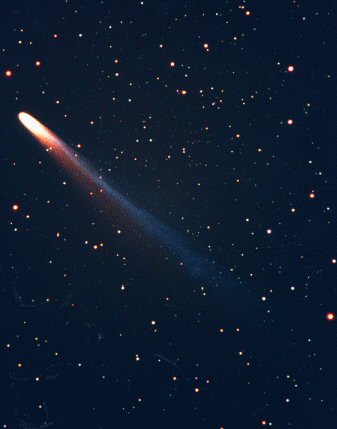 A German Astronomer discovered a comet on September 17, 1884! Born June 21, 1863 in  in Heidelberg, Germany, young Maximilian Wolf found an interest in both astronomy and photography. He brought those two passions together and became a pioneer in astrophotography.

He was Chairman of Astronomy at the University of Heidelberg and Director of the Landessternwarte Heidelberg-Königstuhl observatory from 1902 to 1932. He died in Heidelberg on October 3, 1932, at the age of 69. He was survived by his widow and three sons.

He is best known for the comet that bears his name. He began his career as a comet hunter and actually discovered or co-discovered several comets, besides the Wolf Comet (technically known as 14P/Wolf) and the Wolf-Harrington Comet (known as 43P/Wolf-Harrington). He also won a competition with his dear friend American Astronomer Edward Emerson Barnard, on who would be the first to observe the return of Halley’s Comet (P1/Halley) in April, 1910.

The Wolf Comet’s nucleus is estimated to be 4.6 kilometers in diameter. The orbital period of the comet is 8.74 a (a is the symbol for a Julian year (356 days)).

In 1922 the comet passed very close to Jupiter. The passing altered the orbital period of the comment from 8.84 a, to its current period of 8.74. The comet passed Jupiter again on August 13, 2005, but the distant to the big planet does not appear to have altered its orbit on that pass.

The Wolf comet will pass  Jupiter again on March 10, 2041 will return the comet to parameters similar to the period 1925 to 2000. Will it be close enough for Jupiter’s powerful gravity to alter the comets orbital path? We’ll have to wait and see.