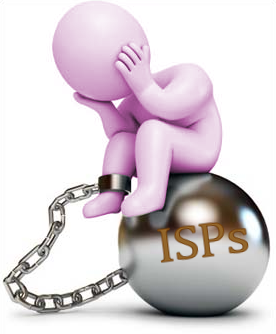 Did you know your ability to access internet data is under threat? Seriously. You might lose your FREE access to a variety of websites, information and more if the FCC continues to back the desire of ISPs to charge for access.

On her post, Sen. Warren wrote:
“We don’t know who is going to have the next big idea in this country, but we’re pretty sure they’re going to need to get online to do it. Reports that the FCC may gut net neutrality are disturbing, and would be just one more way the playing field is tilted for the rich and powerful who have already made it. Our regulators already have all the tools they need to protect a free and open Internet – where a handful of companies cannot block or filter or charge access fees for what we do online. They should stand up and use them.“

What’s at issue?
There are many places online to read about both sides of the issue. But who do you trust? I’d be more inclined to lean toward Wikipedia (Wikipedia:Net Neutrality) than some of the PC blogs and online magazines. Everyone has a slant to the issue. So I kept researching.

I decided to go for facts and that took me to a somewhat surprising place, the ACLU: aclu.org/net-neutrality:

“Most people get their high-speed Internet access from only a few telecommunications giants – Verizon, AT&T, Comcast, Time Warner, Cox, and Charter. The very few other smaller guys often have to rely on the big guys to serve their customers. When we send or receive data over the Internet, we expect those companies to transfer that data from one end of the network to the other. Period. We don’t expect them to analyze or manipulate it. And for a while, the Federal Communications Commission (FCC) had protections in place to prevent broadband providers from doing just that.

In January 2014, however, a federal court said the FCC had overstepped its bounds. But, while it also said that the FCC could impose new and potentially even stronger rules, the FCC has signaled that it may instead propose that Internet service providers be allowed to charge content providers for a faster conduit to consumers. That would effectively kill a major component of net neutrality.”

FCC Chairman Tom Wheeler, a former cable and wireless industry lobbyist, has strongly disputed the notion that his proposed Internet rules would imperil “net neutrality”. Conflict of interest? Hell yeah! And we’re supposed to believe he’s for a free and accessible internet? Read more about Wheeler on Time.com.

Make Your Voice Heard
Posting your complaints on FB, Twitter, a blog or any other social media network isn’t going to make your voice heard. Use the internet for interacting with YOUR government. It’s really not that hard to do and you deserve to make your opinion known and have it carry some weight in issues you care about!

All you need to do is:
Go to the FCC’s Most Active Proceedings page.  Click on topic: 14-28 Protecting and Promoting the Open Internet and file your complaint.

Don’t know what to say? Then copy Sen. Warren’s comments on this post and paste them into your complaint.

This is what I said in my filing:
Reports that the FCC may gut net neutrality are disturbing, and would be just one more way for the playing field to be tilted for the rich and powerful who have already made it. Our regulators already have all the tools they need to protect a free and open Internet – where a handful of companies cannot block or filter or charge access fees for what we do online. They should stand up and use them and not give free money to companies who already have excessive profits. The average American doesn’t have that kind of budget luxury and we deserve access to all information available to us for education, monitoring our government, making our voices heard and even for own entertainment and enjoyment. Keep the internet free and open!

Filings are generally processed and made available for online viewing within one business day of receipt. You will receive a confirmation that allows you to check on the status of your filing. Keep in mind what you share is PUBLIC information. I’m waiting to see what happens when I don’t give my exact address:  http://apps.fcc.gov/ecfs/comment/confirm?confirmation=2014430249536